The Eastern Whio Link is a hunter-led conservation project with a difference. The objective is “to connect Whio populations from Te Urewera right the way up the East Coast to Te Araroa”.

At the moment the Whio are at a point of catastrophic decline in the region and maybe even population collapse. Early in 2019 a group of hunters and back country enthusiasts banded together to reverse the trend and bring Whio back to local waterways through stoat trapping.

Water quality, erosion and sedimentation play a significant role in Whio decline, with sediment clogging up the crevices in between the river cobbles where the invertebrates Whio feed on live. Stoats however, play an even more devastating role. 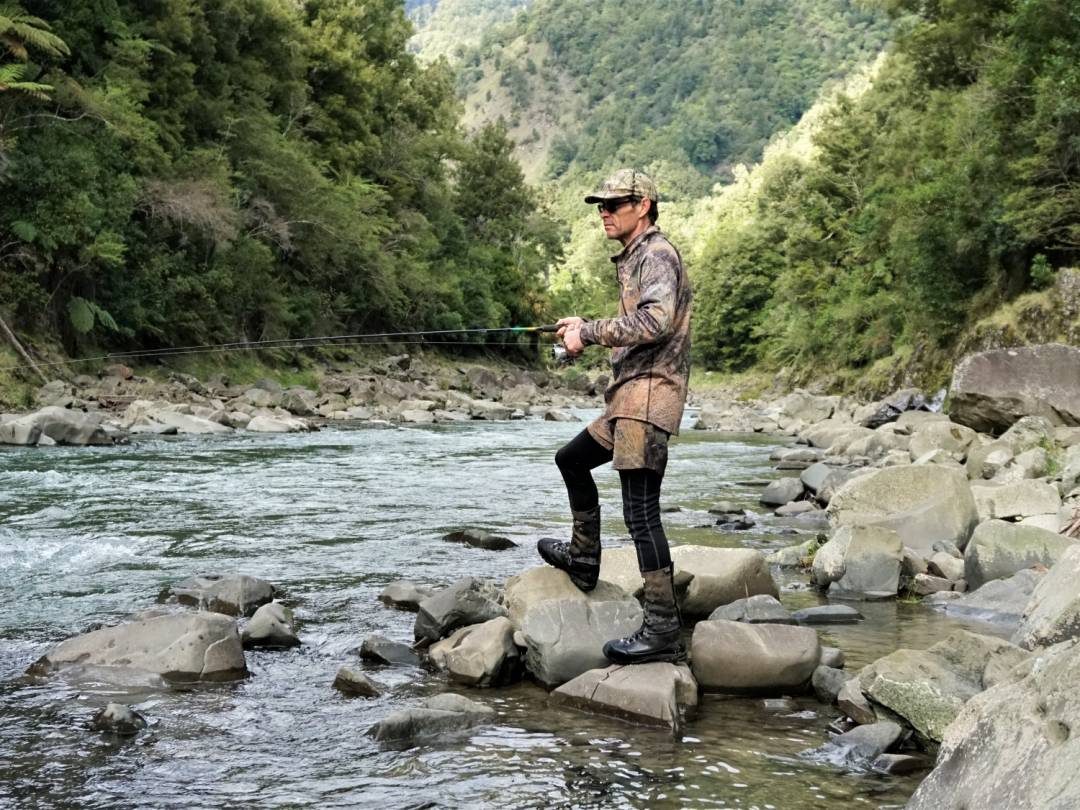 A stoat will predate upon the nests of Whio and also attack them during the moult when they are dropping their feathers and can’t fly. In 2020 the Eastern Whio Link established 250 resetting stoat traps in the Upper Waioeka catchment. These traps can reset themselves 24 times and have a four month lure which made them perfect for this application. The traps would keep killing over winter while hunters were locked out of the project area due to high river levels.

During the first breeding season plenty of stoats were killed, but the work of the Eastern Whio Link would only be realised later when chicks appeared on the river and survived to fledgling stage.

On the first of October, the opening weekend for trout fishing, the rivers filled with eager fishermen intent on catching one of the large trophy Rainbow Trout the river is known for, but it wasn’t just trout that greeted them. Each of the four pair of Whio remaining in the project area had successfully nested and bobbing up and down the rapids were little balls of fluff. Whio chicks once again inhabited the Upper Waioeka and in one family there were nine chicks. 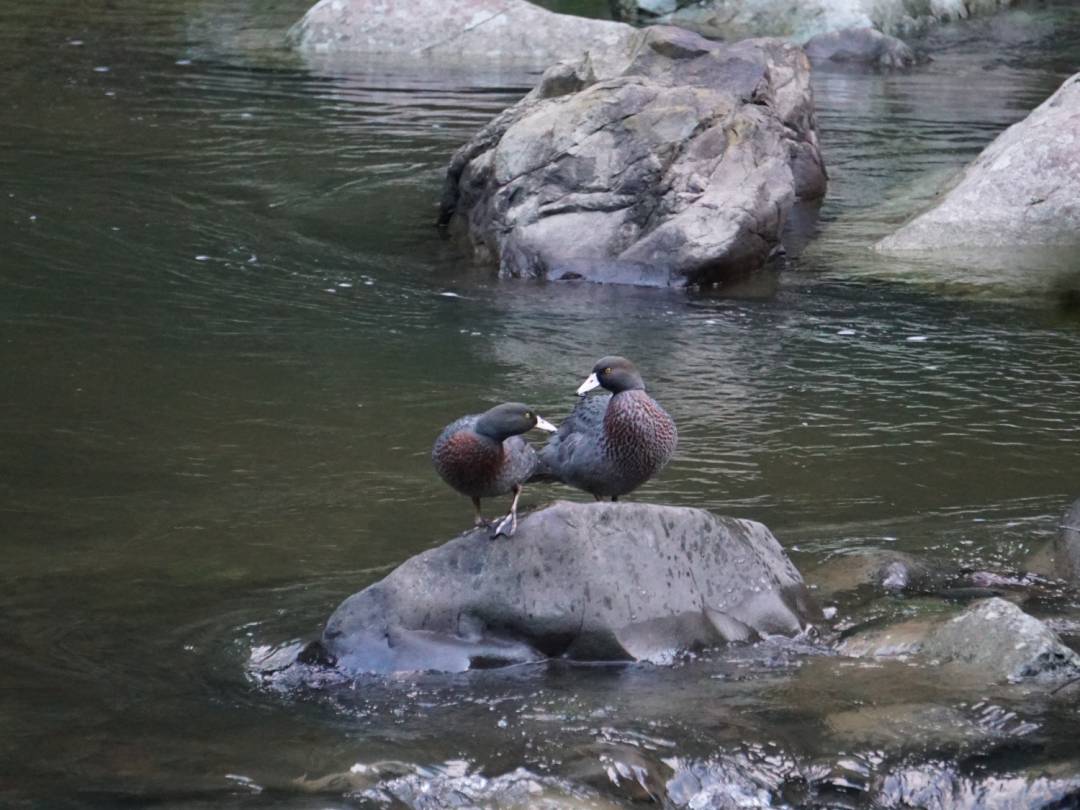 The Eastern Whio Link still has a long way to go with 26 kilometres under predator control and plans to extend the project to other tributaries as well as new catchments, these young Whio will have plenty of space to venture out into.

If you would like to get involved as a sponsor or volunteer to help expand the project please contact Sam Gibson 0277750016 or sam.gibson@landcare.org.nz

At carrying capacity a river of this size and quality could home a pair every kilometre. In year one we still have a long way to go but with the commitment of our volunteers and our sponsors we are pretty certain we can bring Whio back if this year’s breeding success is anything to go by.